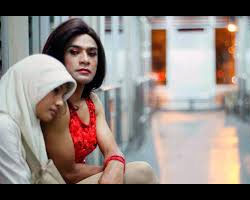 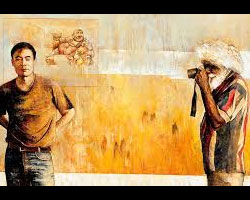 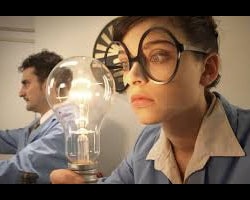 Gabrielle Kelly is a screenwriter, producer of diverse content for the global marketplace and Associate Professor of Film at Tisch Asia, Singapore. She is the recipient of two Fulbright Awards: one in screenwriting at Tapei National University of the Arts, Taiwan and the second as writer/mentor in the screenwriting /producing Lab for the ASEAN Independent Cinema Project in the Philippines.

In Hollywood she ran producer Robert Evansʼ company (Godfather, Rosemary’s Baby, Love Story, Chinatown) at Paramount Studios working in development and production on a slate of diverse projects and has worked as executive and producer with such companies as HBO, Fields Hellman, CBS Films, Eddie Murphy Productions and Warner Bros.

She taps a deep understanding of the entertainment industry, overseeing a company that has guaranteed such Academy Award-winning films as THE HOURS, CROUCHING TIGER HIDDEN DRAGON, TRAFFIC, THE MATRIX, THE ENGLISH PATIENT and THE THIN RED LINE. China Film Office has appointed her US Ambassador of Film to China.

Heinz Hermanns founded and directed the cinema Eiszeit during the squaters movement in Berlin which he directed during 9 years. In 1986 he directed the International Documentary Film Festival Berlin. From its beginning in 1982 until now, he directs the international short film festival and distribution Berlin – interfilm. Heinz conducts seminars on short film language for students and professionals in the USA, Asia, South America and Europe taking part in juries, debates and presentations of short films all around the world.

Leo Shi Young Screen Play Write, Producer Mandarin Entertainment, Inc. Original Screen writer & Executive Producer: The Flowers of War, 2011, a Zhang Yimou film. Producer: This Side of Heaven, 2009, a Chen Jie film. Leo is Secretary General of the Chinese-American Journalists Association and the founder and editor-in-chief of New Asian Americans magazine. Leo is currently a Ph.D candidate in history at the Shanghai Institute of Social Sciences. He holds an MBA from Fordham University, New York and an MA from the School of the Art Institute of Chicago.

Dean Allan Tolhurst is a Director, producer, editor and composer. As a documentary filmmaker with over 30 years experience in the film and television industry, Dean has worked throughout Australia, Asia, Europe and the USA. An award winner at many international festivals including Balinale 2011 for BALI: ISLAND OF THE DOGS. Dean has been instrumental in advising the festival on technical matters and programming issues from the beginning, contributing his valuable time and expertise to our film workshops and seminars.

James Bradley has 30 years experience as a film editor with a reputation for telling powerful stories. He has always been interested in Indigenous peoples and cultures and has edited many award-winning Australian documentaries, many on Indigenous subjects. James won an AFI Award for Editing MR PATTERNS and was awarded Australian Editors Guild accreditation. In recent years James has moved into producing and directing his own films, including OCHRE AND INK.

Manoj Kumar Samtani is a self-made highly successful entrepreneur who has been in the entertainment industry since the age of 16. His interest in the industry began after assisting the family film production company founded in 1983. Manoj acts as Managing Director for the Group of companies, contributing his knowledge & experience in designing, producing programs, program packaging for Free TV & the advertising industry. His network has solidified his mark in this industry. Manoj is producer of JAKARTA HATI.

Edward B. Neubronner is the Vice President and Regional Operations Officer, Asia-Pacific, for the Motion Picture Association International (MPA-I). In this role, his primary responsibility is to efficiently allocate financial and staffing resources to run effective programs that promote and protect the creative and commercial interests of the Association’s Member Companies’ as well as those of the screen communities in 13 countries across the region.

His current remit encompasses developing strategic communications and outreach programs to support the coalition building activities of the President and Managing Director. A large part of this has involved conceiving and executing locally relevant public awareness campaigns to change consumer perceptions about content theft in a digital age.