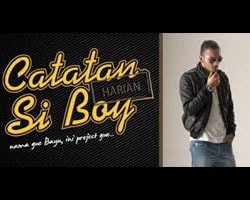 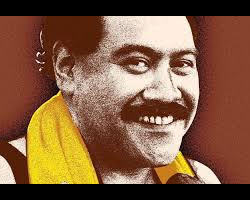 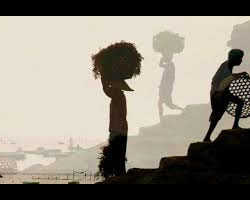 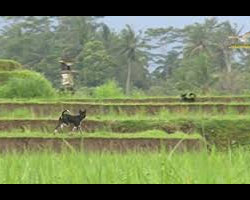 He was born and raised in the Bay Area in Northern California. After attending college where he studied English and Photojournalism, he traversed overseas in search of ecstatic truth in art and independent stories to tell. Armed with his camera and a notepad he set out to find those obscure stories that he felt needed a voice. After nearly seven years of travel through Europe, Africa, and the Middle East, he ended up in Yemen where he met acclaimed German documentary filmmaker Stefan Tolz who was shooting his film Adobe Towns Shibam, Manhattan of the Desert. Stefan took a liking to him and trained him in the art of documentary filmmaking.

There, he studied with renowned German cinematographer Sorin Dragoi (Winner of 2004 German Cinematography Award) and further developed his deep love for the camera. In 2003, he returned to the USA and continued his studies in the art of filmmaking at the New York Film Academy (Universal Studios Hollywood, CA) and graduated at the top of his class with his thesis film The Champ.

Gabrielle Kelly is a screenwriter, producer of diverse content for the global marketplace and Associate Professor of Film at Tisch Asia, Singapore.
She is the recipient of two Fulbright Awards: one in screenwriting at Tapei National University of the Arts, Taiwan and the second as writer/mentor in the screenwriting /producing Lab for the ASEAN Independent Cinema Project in the Philippines.

Following a career in book publishing, she worked with New York based director Sidney Lumet and screenwriter/producer Jay Presson Allen on films such as Daniel, Prince of the City, Deathtrap, The Verdict and others.
Additional projects she developed include work with Andy Warhol’s Factory on an audio-animatronic show From A to Z and Back Again, musical La Cages aux Folles with Mike Nichols and scripts for music maven Malcolm McClaren and CBS Theatrical Films.

In Hollywood she ran producer Robert Evansʼ company (Godfather, Rosemary’s Baby, Love Story, Chinatown) at Paramount Studios working in development and production on a slate of diverse projects and has worked as executive and producer with such companies as HBO, Fields Hellman, CBS Films, Eddie Murphy Productions and Warner Bros.

She is the writer/producer of the 2009 music driven indie film All Ages Night and has consulted on many studio and indie co productions as writer and producer, most recently China’s Empire of Silver, starring Jennifer Tilly.

She has taught screenwriting at USC, Chapman, London’s PAL LABS and for the Middle East Sundance Lab held in Jordan, as well as leading global storytelling seminars in Russia, India, China and all over the world.