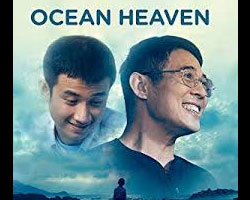 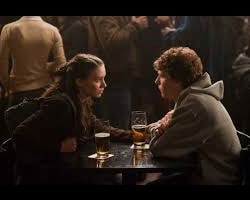 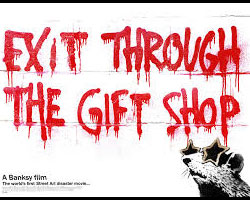 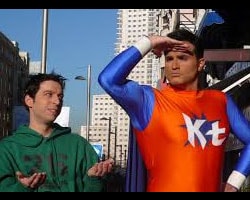 After his debut as a novelist in 1983, Lee Chang-Dong started his film career with TO THE STARRY ISLAND as script writer and assistant director. In 1999, he made his directing debut with GREEN FISH (1996) and in 1999, his second feature, PEPPERMINT CANDY was invited to the Directors’ Fortnight of 2000, and received many awards. His third film, OASIS was premiered at competition of 2002 Venice Film Festival and won the Best Director’s Award and the Marcello Mastroianni Award for leading actress. His fourth film, the first after stepping down as a minister of Culture and Tourism in South Korea, SECRET SUNSHINE, was presented in Competition at the Festival de Cannes 2007, winning critical acclaim and also the Award for Best Actress for leading actress Jeon Do-Yeon. With his most recent success released in 2010 is POETRY.

Erin is a producer on several documentary and feature film projects in production. She is also directing a documentary about children currently suffering from exposure to Agent Orange in Vietnam. She is a Programmer for the Balinale International Film Festival for her third year.

As one of the founders of Cinetic Media in 2001, Erin helped grow the company into the largest independent sales and financing outfit representing hundreds of successful and award winning and nominated films including SUPER SIZE ME, LITTLE MISS SUNSHINE, CAPTURING THE FRIEDMANS, SPELLBOUND, JESUS CAMP and NAPOLEON DYNAMITE. Erin began her career in marketing at Miramax Films.

Jason W.Janego is an independent consultant, attorney, and producer’s representative focusing on the development of innovative strategies for distribution and financing in all areas of the entertainment business. Previously, he was the Chief Operating Officer of Big Beach Films, a New York-based production and distribution company whose credits include “Away We Go”, “Is Anybody There” and “Sunshine Cleaning”. Before joining Big Beach, Mr. Janego was Head of Business & Legal Affairs for Magnolia Pictures, Magnolia Home Entertainment, and Landmark Theatres, all of which are subsidiaries of the vertically-integrated media company 2929 Entertainment. Mr. Janego has also worked in the Business Affairs department at Miramax Films and with the film sales company Cinetic Media.

In 2003, Xue returned to her alma mater to teach courses in scriptwriting and film analysis. Xue has written several scripts for popular films on the mainland, The script for TOGETHER directed by Chinese director Chen Kaige, was one of Xue’s works. She also wrote the script for the hit TV drama DON’T RESPOND TO STRANGERS. The film OCEAN HEAVEN is Xue’s first work as a director starring Jet Li and shot by Christopher Doyle.

David Michôd was educated at Sydney Grammar School before moving to Melbourne to study arts at the University of Melbourne, After working for the Victorian Department of Education he decided to attend film school while in his mid-20s. He later served as editor of Inside Film magazine, serving in the role between 2003 and 2006. Michôd began his directing career in short films, with EZRA WHITE, LLB. In 2006 being one of the first to make an impact. In 2010 his debut feature film, ANIMAL KINGDOM won the World Cinema Jury Prize at the Sundance Film Festival.

In 1991 Rachel moved to Sydney working with SBS Television Channel as the Executive Producer of the Aboriginal Television Unit, While at SBS she produced & directed a four part, one hour documentary series, BLOOD BROTHERS for which she was awarded the innagural Tudawali award for excellence in Idigenous film & television. In 1993 she established her own production company BLACKFELLA FILMS which focuses on innovative films by indigenous people. Rachels list of credits include FROM SPIRIT TO SPIRIT, SONGLINES and most recently the musical comedy BRAN NUE DAE (2009).

A long time advocate of the importance of telling New Zealand stories (“if we don’t, no-one else will”) her dramatic features as well as her many documentaries combine entertainment with a strong social message. Lovely Rita, Perfect Strangers, War Stories, Bread and Roses, Ruby and Rata, and Mr Wrong.

Gaylene Preston’s most recent work is the ground breaking movie Home By Christmas. Still going strong in New Zealand cinemas after 11 weeks, the modestly budgeted film has so far grossed in excess of $1.1million in its home market of 4 million people and is currently no 15 of the Top Grossing NZ Films ever.

In 2001 Gaylene was the first filmmaker to receive a Laureate Award from the NZ Arts Foundation and this year received the inaugural lifetime achievement award for outstanding contribution to documentary from Documentary Edge.

Chelsie Preston-Crayford was awarded ‘best performance in a short film’ at the 2007 New Zealand Screen Awards for her role in Peter Salmon’s FOG, winner of the audience vote at Cannes Film Festival Critics Week. She graduated from Tol Whakaari New Zealand Drama School in 2008 and her feature film work includes Taika Waititi’s EAGLE vs SHARK, (Official Selection, Sundance Film Festival) and Anthony McCarten’s SHOW OF HANDS, for which she attracted special mentions in numerous reviews. Chelsie plays the lead in Michael Humphy’s short film THE BIG HAPPINESS. She is perfectly suited for the character of Tui in HOME BY CHRISTMAS, since the real Tul is her grandmother.

A respected film producer, former Universal Pictures Senior Vice President, the first woman ever to serve as head of physical production for a major movie studio, Donna supervised every picture made at Universal from 1989-96. Completion bond veteran, Smith is President and Chief Executive Officer of Cinema Completions International. Smith taps a deep understanding of the entertainment industry, overseeing a company that has guaranteed such Academy Award-winning films as THE HOURS, CROUCHING TIGER/HIDDEN DRAGON, TRAFFIC, THE MATRIX, THE ENGLISH PATIENT, THE THIN RED LINE and HERO, filmed entirely on location in China.